Are relationships predestined? The Chinese think so. The term "Yuan Fen (缘分)" refers to the the idea of fate bringing certain people together, and can be used to describe both business and romantic relationships. In this article learn the key issues behind the concept of Yuan Fen (缘分), and how the local Chinese view this important term.

Yuánfèn  (缘分) is a common term often heard among the local Chinese and is strongly tied to the idea of relationships in China, both personal and business. As discussed in a previous article on relationships, in China there is a strong emphasis placed on building and maintaining networks of personal and business relationships. Beyond the fundamental importance of relationship networks in China, the idea of Yuánfèn can represent an even deeper meaning for many Chinese. Through this somewhat ambiguous yet important term, many Chinese people come to believe that some relationships contain a touch of destiny, and as a result this can lead to even greater commitment with regard to certain relationships.

However, due to the many cultural and language gaps between China and Western countries, Yuánfèn is not a term that many Western business people are familiar with. Even if Westerners have heard the term, they often do not fully understand its significance. The following article details some of the specific points relating to Yuánfèn in China, as well as how Western expatriates can best apply them to their lives and businesses.

Although the term Yuánfèn is ambiguous and has many different interpretations, there are several meanings that hold more weight than others.    Yuán (缘) by itself means karma or fate; the second character Fèn(分) can mean the division between two halves. When combined together the term Yuánfèn (缘分) can be defined in the following ways:

While much of the information available about Yuánfèn through popular sources, including the internet, pertains chiefly to its application in the areas of love and romance, it is important to be aware that Yuánfèn can be applied to any type of relationship. These additional areas can include relationships of the personal, business, and political persuasions.  Additionally, in colloquial language it is not unheard of for the Chinese to use the term Yuánfèn to describe their relationship (or lack thereof) with a country, custom, or habit. For example, Westerners with a great love of China might choose to remark that they “have Yuánfèn with China.” In contrast, a Chinese person who has had to give up smoking may comment that he or she “has no Yuánfèn with cigarettes.”

The origin of the Chinese concept of Yuánfèn comes from an ancient Chinese and Asian idea that two people can be drawn inexorably together through an innate connection in the universe. And although this concept can, especially when translated incorrectly, be construed as akin to the English concept of “destiny,” there are  several important distinctions. First, the inevitability of this link does not in fact derive from any god-like figure as Westerners might understand it. Second, it focuses more specifically on two people sharing a strong bond which draws them together, and does not necessarily relate to what they may or may not be fated to accomplish together.

A large part of the significance of Yuánfèn draws upon ideas inherent in the Buddhist faith which has long been prevalent in Chinese culture. Practitioners of Buddhism believe that all living things are reincarnated at the end of their lives to lead new lives on Earth. By itself the probability of two people coming together in a world of over seven billion (or a in country of over 1.3 billion Chinese) is significantly low. When one considers the possibility that two individuals might go through countless incarnations on earth before finally chancing a meeting would make such a meeting (and relationship) even more special and profound.

For friends in China, Yuánfèn can be that special element that determines a lifelong friendship. As there is not really a reliable method to determine whether or not there is truly an innate connection between two people, the Chinese chiefly rely on common backgrounds, interests, and their emotional impressions to let them know whether or not they feel they have Yuánfèn with a specific person. For example, if two individuals working in the big city meet, and upon conversing discover that they are from the same small town they might feel as if they have Yuánfèn. This would be especially true if they met by chance on multiple occasions.

One common, if non-business related, area in Chinese society in which Yuanfen is often encountered is in romantic relationships. Two people who meet by chance or through a certain set of circumstances, and thereafter find that they possess strong feelings for each other, often believe that their meeting was the will of the universe. However, being fated to be drawn together and being fated to end up together do not necessarily go hand in hand. The Chinese have a saying in this regard, yǒu yuán wú fèn (有缘无分). It means that although two people might have been fated to meet, in the end they were not destined to remain together. It is a saying  commonly used in China when one person wishes to break up with another.

Perhaps more important to the Western businessperson is Yuánfèn’s potential to influence and affect the formation of important personal and business relationships. Despite an overt focus by younger Chinese people on Yuánfèn’s romantic implications, there are many Chinese within the business community that think of the idea of Yuánfèn when meeting new contacts. Through upbringing and societal structure many Chinese, especially older ones, will hold key contacts  close to their chests, a silo separate and protected from the outside world. If they say they have Yuánfèn with you, they may be tentatively offering you the opportunity to have a stronger personal relationship with you. This in turn can lead to more business opportunities down the road.

What Does This Mean for Westerners?

While the idea of Yuánfèn does not directly affect the way the Chinese go about forming and maintaining relationships, it can certainly offer fresh insights into the thought process that a Chinese person is subject to when meeting new people. From the concept of Yuánfèn, not only do the Chinese believe that two people can be brought together by fate, but also that they will be. Thus many Chinese will over the course of their lives be on the lookout for those special or gifted individuals with whom they can or are fated to develop close connections. In contrast to Westerners who are used to getting to know people over a length of time, especially in the workplace, Chinese people may be prone to make much quicker decisions. If a Chinese business person meets someone with whom he or she shares  common business interests,  hobbies, or an emotional connection, they may make a very quick decision to extend their friendship to that person. Likewise, if a Chinese business person gets a bad impression from someone, they may be much quicker to cut all contact or decide against that person in a specific matter. Understand of course that the Chinese people in general are still very friendly and hospitable to Westerners. The concept of Yuánfèn does not usually affect the normal course of forming friends or business relationships. It will however affect who the Chinese choose to form especially close and trusting relationships with.

Additionally, as the Chinese economy and society continue to develop, the concept of Yuánfèn may remain more relevant to smaller portions of the overall population . And as Yuánfèn is strongly connected to the concept of relationships in China, Yuánfèn will then continue to matter the most where relationships play a greater role in Chinese business and society. This means inland areas far away from the modern metropolises (e.g. Beijing and Shanghai), and  in local industries dominated mostly or solely by Chinese players (e.g. government and Baijiu/sorgum liquor manufacturers) who rely on strong regional and national relationship networks. Age can also be a factor; in the author’s experience it was much more common for Chinese business people born in the 1980’s or earlier to refer to or believe in the concept of Yuánfèn as it might relate to their life or business. Younger Chinese workers, especially those with experience in the West, may not put much, if any, stock in Yuánfèn in the workplace.

To summarize, while Western business people will not be able to count on Yuánfèn in all their dealings with the Chinese, it is by no means something that can be discounted entirely. And because many Chinese use their emotions in part to decide on Yuánfèn, it’s important for Westerners to always try and put on their best face. One can never know when too casual an attitude or too direct an approach can cause discomfort to the Chinese and spoil a potentially rewarding and beneficial relationship.

Do you have any additional questions on how Yuánfèn can be applied in China? Do you have any interesting experiences with regard to Yuánfèn that you would like to share? Please feel free to post your thoughts in the comments section below. 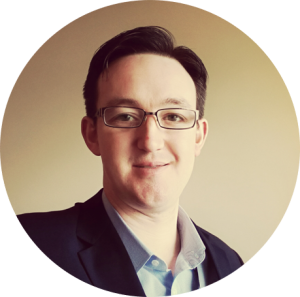 Sean is a business and communications professional based out of Shenzhen, China. He has worked for Chinese companies for the majority of his career, including well-known smartphone and technology firms. Through his mastery of the Chinese language and culture, as well as his empathy and understanding towards the Chinese point of view, he advises Chinese companies on successfully going global.