In China, adapting to the local culture and language is a must. But how much is enough? Take a look at the pros and cons of two separate groups: international expats and non-Chinese that make an effort to adapt.

Living and working in China can be a rewarding experience for some and a trying ordeal for others. What “makes or breaks” Western visitors to China is often their ability, or lack thereof, to adapt to Chinese culture and society. This usually involves learning some Chinese, adapting to Chinese communication styles, learning about local working environments and giving up (i.e. not being able to fully follow) some of the customs, habits, or norms of their home country. And while this process is both natural and necessary, it is by no means simple. After all, when living in China, exactly how much should you adapt, and how much of your old culture should you be prepared to give up?

This is a contentious issue, and I have seen it debated on many social media platforms (e.g. LinkedIn, Facebook, and Quora). Both sides have strong proponents, each with their own ideas on the best ways to “survive” in China and the most effective ways to interact with the local Chinese. While I have an obvious preference for localization and adaptation, I’d like to briefly share my thoughts on both sides of the argument, as well as how to quickly, healthily, and effectively adapt to life and work in China. Broadly speaking, there are two main camps: those that want to live a more Western (or non-Chinese) lifestyle, and those that are favor of doing things the Chinese way.

To some extent, the international expat (or expatriate) could be considered a holdover from a bygone era when international business and economics was clearly led by Western countries (e.g. the USA, UK, Germany, etc.) and China was still an underdeveloped country. In the 1970’s and 80’s when Western companies began expanding into China, it was natural for high-level experts,  managers and executives to be deployed to China, complete with expensive benefit packages. Due to the differences in culture, language and economic class, it was natural for Western expats to live apart from the local Chinese, banding together for comfort and companionship. However, despite over 30 years of break-neck development in China, this trend has continued. Life for many expats in China still exists in a bubble, and a number of large cities (e.g. Beijing, Shanghai, Guangzhou and Hong Kong) have their own expat districts or communities. In these areas, expats can distance themselves from Chinese society and culture, and live a life similar to one from their home countries.

But is this really necessary? I have seen a number of comments by Westerners and non-Chinese on social media (sometimes in response to my own posts), saying they will “never, ever, give in and start doing things the Chinese way.” While I have nothing against trying to maintain one’s own cultural identity in China (I do so myself), refusing to do anything the Chinese way can result in some fairly obvious negative consequences:

It’s true that a visitor to China can’t really be expected to completely adapt to or accept everything about living and working in China. However, for those of us that choose to live here, it is worthwhile to remember that this was our choice. While it is completely acceptable to disagree with certain aspects of Chinese culture, society or business practices on a personal level, refusing to participate may do more harm than good. Remember, Western expats are now leaving China in increasing numbers, partly because more and more Chinese locals can do their jobs, AND because they understand the culture. While there will likely always be some need for Western expats and experts in China, those that refuse to adapt will not last long.

A zhōng guó tōng (中国通), can be roughly translated as: “someone from outside China who possesses a high level of Chinese language skills, a deep appreciation and understanding of Chinese culture, and the ability to fluently engage and interact with Chinese people from different backgrounds.” The zhōng guó tōng is an ever-increasing phenomenon in China, and it not restricted to specific groups or backgrounds. They can be foreign students studying at Chinese universities, travelers exploring the Chinese countryside, or adventurous professionals from all over the world working for Chinese companies. There are an increasing number of Westerners and non-Chinese learning about the Chinese language and culture and adapting to local Chinese customers and practices. This includes: networking and spending time with Chinese locals, imbibing generous amounts of Chinese Baijiu, trying local Chinese delicacies, and doing things in a more Chinese style. 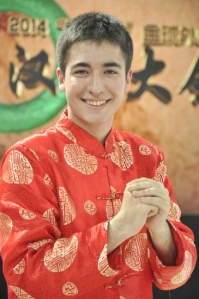 While the number of zhōng guó tōng is comparatively smaller than that of International Expats, their numbers are growing. After all, China is full of new, strange, and exciting opportunities, and it makes sense that many would want to experience all they could. However, based on my time in China,  as well as my conversations with other Westerners and non-Chinese, there are several potential negative side effects to this lifestyle. For example:

The path of a zhōng guó tōng or any non-native Chinese with a love for Chinese culture can be both easier and harder than others. On one hand, with knowledge of the Chinese language, culture and people, it is easier to communicate and get things done. However, on the other hand, this knowledge and passion takes us to faraway shores, and it can be easier to lose one’s way, or at the very least lose heart, from time to time.

During my time in China, I have come to the or conclusion that, for Westerners and non-Chinese truly interested in learning about and living in China, trying to choose between Chinese culture and one’s own is not realistic. Just as shutting ourselves off from the Chinese world by living in isolationist expat complexes does nothing to help us adapt, shutting ourselves off from other Westerners while we study Chinese language and culture can also be unhealthy. If we truly aim to live in China (and this applies more to larger cities), it’s very important to live with one foot in each world.

In the modern era, there are multiple reasons to stay involved with the international/Western world, some cultural, and some more related to career development prospects. For young Westerners wanting to live and work in China long-term, and who aren’t content with potentially low-paying or illegal jobs teaching English, the bigger international firms offer key opportunities. With this being the case, it definitely pays (sometimes quite literally) to maintain ties with the Western or non-Chinese communities. Therefore, whether through social networks (such as LinkedIn) or through personal relationships, I feel it is very important to maintain ties to the international community.

Lastly, it is important to remember that one reason English and Western culture have dominated the world for the past several centuries is due to continued economic superiority. With the rise of China, this global focus on English and the West can at least be partly expected to shift to China and Chinese. In fact, a trend towards China and the Chinese language is already clear is certain areas. Western expats have in recent years been leaving China in increasingly greater numbers as Chinese with local experience connections replace them. Across the Pacific, I have seen certain Chinese firms in Silicon Valley require fluency in Mandarin as a job prerequisite for some roles, effectively keeping many Americans of non-Chinese decent out of the running. In short, Westerners who want to work in China can no longer afford not to understand the Chinese language (including the writing system) and culture, or not to be comfortable interacting with the local Chinese.

In the end we all have to make our own choice on how much to adapt to local Chinese customs and behavior. Some people naturally feel more comfortable in a Western environment, or one resembling their own home country, while others might feel more at home among the Chinese locals. However I believe its important to realize that the Chinese world is becoming increasingly important to global affairs, both economically and politically. When dealing with the Chinese world, those that feel comfortable “walking the walk” will undoubtedly be better prepared, and able to do more.

Do you have any about living and working in China? Do you prefer to live more of an expat lifestyle, or localize and adapt to the local Chinese environment? Please feel free to post your thoughts in the comments section below.