The Chinese idiom “it takes only three people to create a tiger”  tells the story of a young but inexperienced Chinese emperor in ancient times. At court the emperor was surrounded by councilors who were only concerned with increasing their own standing through flattery and the spreading of rumors.

At this point the loyal councilor, who had accompanied the emperor, turned to him and said “Your highness, now can you see the dangers of rumors? Even you believed there were tigers in the street when only three strangers had said it was so.” At these words the emperor realized his past foolishness in tolerating the false councilors and afterwards he have no credence to rumors without first investigating them fully.

A key lesson implied by this idiom is that not only can rumors and bad news spread very quickly, but also that people are likely to believe them. This is very true in China, especially with the recent proliferation of cell phones and social media. And while Western companies can indeed take advantage of the “viral” aspect of the Chinese internet to sell products, all too often they are faced with bad PR and the ire of Chinese citizens. Below are three examples of how social media and the internet can turned against foreign businesses in China:

The advent of Chinese social media has allowed Chinese citizens to be more open in their self expression (within the purview of government censors), and this has had a significant influence on Chinese nationalism, both at home and abroad. And while Chinese nationalistic agendas come from both the government and grass-roots, they are alike in their ability to transform into fierce, if transitory, prejudices against businesses from specific countries. Japan in particular has repeatedly come into conflict with the Chinese government and Chinese people. One of these more recent spats has been over the ownership of the Diaoyu islands, a small group of islands in the East China Sea which China and Japan both claim  as their own sovereign territory.

This conflict, and others like it, have sparked numerous anti-Japanese protests in China, as well as the boycott of Japanese products and goods. This has included attacks on Japanese restaurants in China (often owned by Chinese citizens), as well as decreased sales (up to 40% in some cases) for Japanese branded automobiles in 2012. Despite the cooling of tensions and protests in recent months,  it is unlikely that Japanese and Western businesses will be able to completely avoid international policy decisions impacting their operations in China.

Foreign companies selling products in China can also get into trouble for quality issues and poor customer service, as German multinational Siemens found out the hard way. After influential Chinese blogger, Luo Yonghao, decided that he was not satisfied with how Siemens customer service in China had responded to a complaint about his Siemens refrigerator,  he posted his complaint online. Following the posting, thousands of Chinese bloggers echoed his comments regarding Siemens’ product quality issues and poor customer service.

Throughout the following social media fallout, Siemens remained silent on the matter, which resulted in the situation going from bad to worse. Finally, with no satisfactory response to his complaints, Luo Yonghao and supporters gathered in front of Siemens’ China offices, and proceeded to destroy Siemens branded refrigerators with sledgehammers. Siemens’ president in China finally responded to public criticism with an official apology, but the damage had already been done, with Siemens receiving a significant amount of negative PR.

The Chinese government has traditionally made use of its extensive control over the Chinese media and broadcasting industry as an extremely effective propaganda tool, both to shift attention away from problem areas at home and promote important domestic issues and policies. In recent years it has used this power to target high profile Western multinationals that “take advantage of Chinese consumers.”

In March of 2013, state-owned broadcasting network CCTV put the spotlight on Apple for discriminating against Chinese consumers in its China after sales service policy. The report prompted widespread discussion on Chinese social media, and resulted in a public apology by Apple’s CEO Tim Cook. Later, in October of 2013, CCTV target international coffee-chain Starbucks for overcharging Chinese consumers.

However, in this case, many Chinese bloggers defended Starbucks, commenting that state-owned broadcasters should be directing attention at more important issues. The fact that many Chinese consumers see Starbucks’ products as a luxury item (and thus worthy of a high price) also likely prevented a large social media fallout. The fact of the matter here is that foreign multinationals present a tempting target for state-owned media reports, and the smallest misstep can open the doorway to a slew of bad press.

As shown in the above examples, news spreads fast in China after ideas or rumors appear, and there is little Western companies can do to directly control or influence what they may evolve into. When Western businesses correctly manage their operations in China, the result can be great product launch or a successful marketing campaign. Chinese consumers will happily share information on their favorite products and videos, no matter the country of origin. However, when things are done the wrong way, when problems are ignored or simply overlooked, businesses and products can be derailed in very short order. Like the idiom presented at the beginning of this article, once someone starts talking about tigers in the street, it won’t be long until many more people are doing likewise. Sometimes it doesn’t matter whether the tigers are real or not, once Chinese consumers (and state-owned media) believe the tigers exist, it may already be too late.

Do you have any additional thoughts or questions on the negative effects of Social Media in China? Do you know any other useful Chinese idioms that are similar to the one above? Please feel free to share your thoughts in the comments section below. 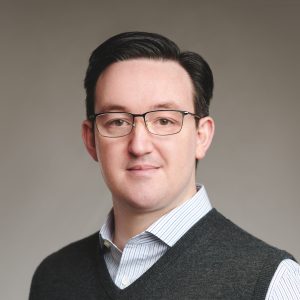 What's better than a date at the seaside?
Taking a walk...
Magic Hour - Shenzhen Bay, China.
A peaceful riverway in Shenzhen, China.